FAYETTEVILLE, AR, Oct. 31, 2017 – Today, the Burlsworth Trophy in conjunction with the Springdale (AR) Rotary Club announced the 63 players nominated from Division 1 (FBS) schools from across the country for the 2017 Burlsworth Trophy. In the award’s eighth year, the Trophy is named in honor of Brandon Burlsworth, former University of Arkansas Walk-On and All-American offensive lineman. Burlsworth’s life is also the subject of a major motion picture, “GREATER”, which was released last year.  The Burlsworth Trophy is given to the most outstanding football player in American who began his career as a Walk-On and has shown outstanding performance on the field. Each nominee must have begun his first season of participation with FBS (D1) football program without financial aid of any kind from his university’s athletic department.

The 2016 winner was quarterback Baker Mayfield from the University of Oklahoma. Mayfield is believed to be the only true freshman Walk-On QB in FBS history to start a season opener. He also led his Sooners to the college football playoffs in 2016.

The 2017 Burlsworth Trophy nominees are:

“In the eighth year of this award, I continue to be in awe of the work ethic and determination of all our nominees.” said Marty Burlsworth, CEO and founder of the Burlsworth Foundation and older brother of Brandon. “Beginning their college career as a walk-on and overcoming incredible obstacles is truly inspiring.”

The Brandon Burlsworth Foundation, in conjunction with Springdale Rotary Club, will host an awards ceremony on December 4, 2017 in Springdale, AR to honor the three finalists and to announce the 2017 winner. 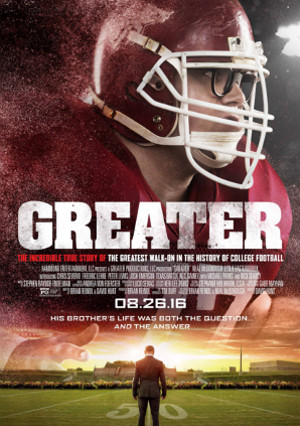